A very important aspect of a chess player, is being able to recognise positions that are completely winning and know how to win them. Nobody likes to lose, so what they tend to do is resist losing, as if to say, ‘I haven’t lost yet, I still have a chance’. This is when beginners really do have difficulty winning those games that are said to be won already.

Today we will look at five simple and crushing mating patterns that you can use on your opponent, particularly when you’re winning, but also when you’re completely losing but have one chance to come back.

Here we have a scenario where white is winning by a queen and black only has two pawns for the queen. Well, this position is lost and there’s no way black should come back from this. How does white win?

The simple way is to take the pawn on d5 with the queen via 1.Qxd5!.

Which more or less invites black to capture with the rook, which then allows 2.Re8#.

Other Variations: 1.Qxd5 Rb8?! tries to parry the checkmate, however now, 2.Qd8+ will win the game.

2. The Star From Afar

The Star? Where? One thing that players often miss is the potential and power of the long diagonal. The bishop on b2 is eyeing directly towards the black king, it’s just a little bit further away than it usually is, but it’s doing its job. In any story, there is always the hero and behind the story there is always those who helped the hero to get there, who are often unrecognised for their efforts, the bishop is one of those pieces that just helps others to get where they need to. Here just having the diagonal will not win white the game, the bishop needs a friend to join him to attack the black king. This is why 1.Qg4! is the winning move.

Now black must sacrifice the rook to avoid getting checkmated on g7 (Qxg7). Black is in trouble.

Every chess player learns about this particular mating pattern, but they will often forget it and once in a while they will remember it again. The queen works exceptionally well with the knight in chess and it’s amazing how often the two work together. In the endgame, the queen and knight combination is considered stronger than the queen and bishop combination because the knight is able to cover squares that the queen couldn’t, while the squares the bishop and queen covers can overlap each other. So what about this endgame, how does white checkmate black? It’s a classic. First, 1.Nf7+! 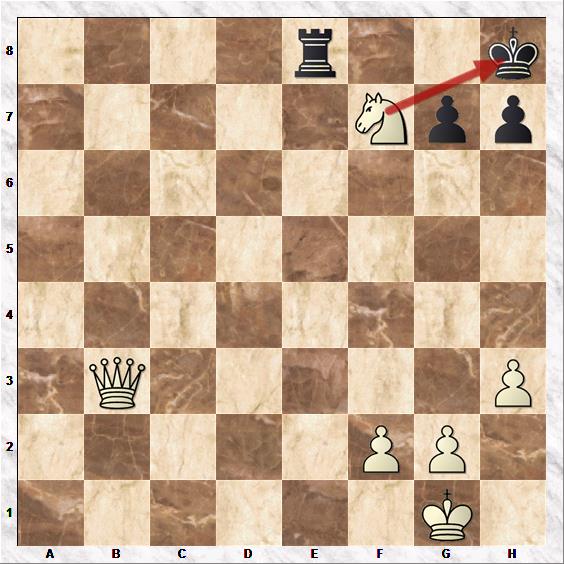 4. The Secret Agent: The Queen

Sometimes castling is not such a great choice. Most of the time it is. Here though, white is walking into trouble. There was already two pieces pointing at the pawn on h2. The rook on the highway on h8 pointing down at h2 and also…. the queen! So the solution must be, 1…Qxh2#. Open rooks like this are very useful. Let’s look at another example. 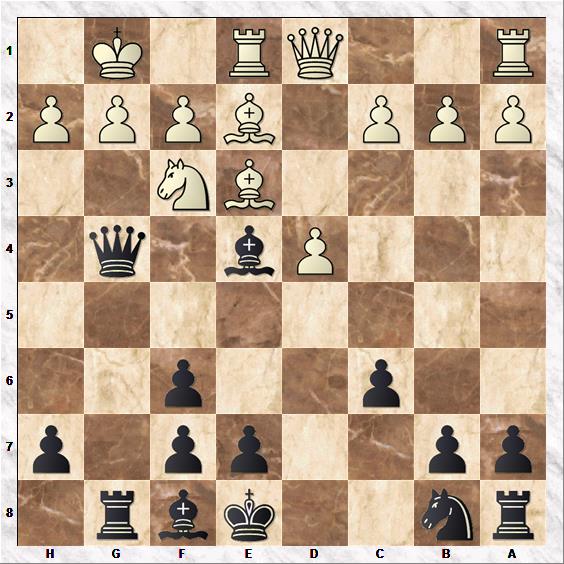 Here black is making use of the doubled pawns on the f-file, which creates an open file for the rook. The queen simply joined in and now it is ready to checkmate on g2. 1…Qxg2#

Here it looks like black has to move the rook, but to a person who is very tricky, they might try to play this cheap idea and it’s not so easy to see what black is trying to do. Here’s the idea: 1…Qf5!

Good players like to set traps that don’t involve any risk, and sometimes they will play moves that have some risk but the risk wouldn’t be very obvious until it has been calculated thoroughly.

If white grabs the rook via 2.Qxa7, he is going to get checkmated and there is no way to save himself. 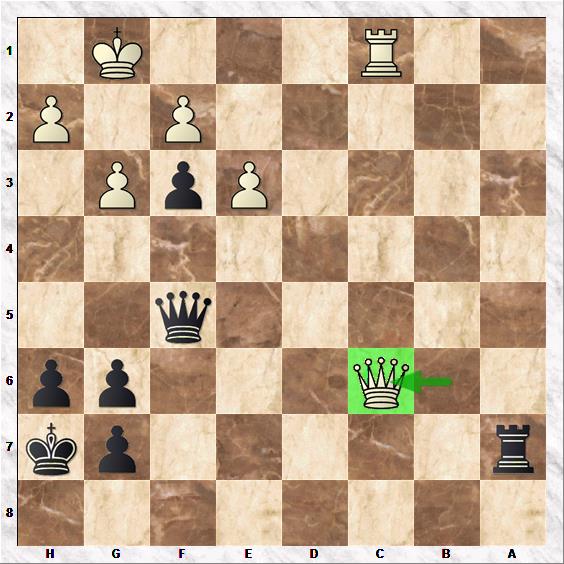 White has prevented Qh3 because of Qxf3, but here black can play the surprising move,

After 2…Rc7!! White cannot stop Qh3 which leads to mate or he cannot stop the rook from capturing on c1. So white must give away the queen.

We hope you enjoyed this article, see you in our next article.